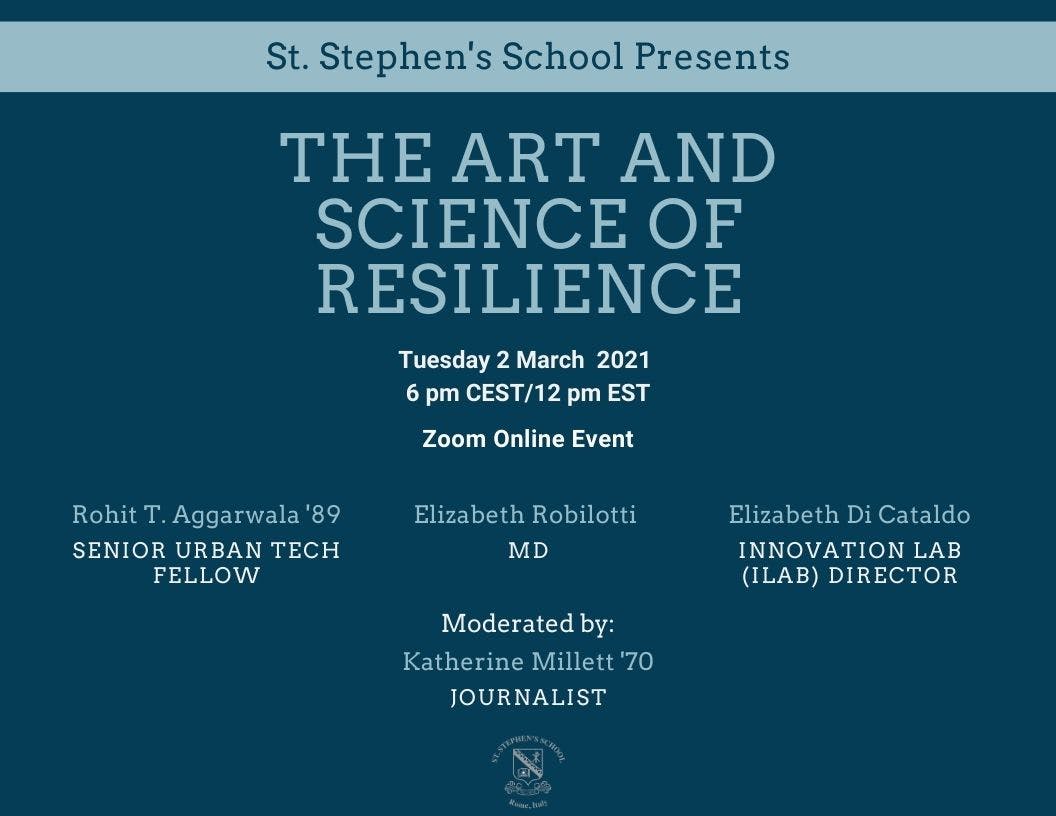 This panel brings together members of the St. Stephen’s community to talk about resilience from different, but complementary, perspectives to help us explore new ways of ensuring the wellbeing of individuals and communities.
REGISTER HERE!
Katherine (Kim) Thayer Millett—Panel Moderator
St. Stephen’s Class of 1970
Journalist, Attorney, Cellist
Kim Millett, a native of Denver, Colorado, has reported and edited for newspapers, played the cello in orchestras, practiced law at a big Chicago firm, and written feature articles for numerous magazines. She graduated from Hampshire College, attended the Mannes School of Music, and earned her J.D. from the University of Chicago Law School.
Dina Kaplan—Panelist
St. Stephen’s Class of 1989 & School Trustee
Founder & Meditation Teacher, The Path
Dina Kaplan is the Founder of The Path, which teaches meditation for the modern mind. The Path has taught thousands of people to meditate around the world and at festivals including SXSW and Sundance. She also has a column about meditation for entrepreneurs on Forbes.com. Before founding The Path, Dina was co-founder and Chief Operating Officer (COO) of the tech start-up Blip.tv in web video. Before Blip, Dina was an Emmy-award winning television news reporter for local NBC stations. Prior to reporting, Dina worked as an associate producer for MTV News and at the White House as Director of Research for the Office of the White House Counsel. She obtained her B.A. from the College of Social Studies at Wesleyan University.
Elizabeth V. Robilotti, MD MPH—Panelist
Associate Chief Medical Epidemiologist and Attending Physician, Infectious Disease Service at Memorial Sloan Kettering Cancer Center
Elizabeth Robilotti’s medical practice and scientific research focus on hospital epidemiology and antimicrobial stewardship to maximize patient safety and reduce healthcare-associated infections. For the past year, she has focused on mitigation strategies and clinical care for patients with cancer and COVID-19. Dr. Robilotti received her undergraduate degree from Columbia University and her Doctor of Medicine from New York Medical College. She completed her fellowship in Infectious Diseases at Stanford University.
Rohit T. “Rit” Aggarwala, Ph.D.—Panelist
St. Stephen’s Class of 1989 & School Trustee
Co-head of Sidewalk Urban Systems at Sidewalk Labs
Adjunct Associate Professor & Adjunct Research Scholar, Faculty of International and Public Affairs at Columbia University
Rit Aggarwala is a member of the team building Sidewalk Labs, an urban innovation firm founded by Dan Doctoroff and Google. He is also the co-chair of the Regional Plan Association’s Fourth Regional Plan for the New York metropolitan area and an adjunct professor at Columbia University’s School of International and Public Affairs. Prior to Sidewalk Labs, he played several roles in creating and implementing Michael R. Bloomberg’s philanthropic efforts promoting the environment and urban sustainability. Prior to the Bloomberg initiative, he served as Director of New York City’s Office of Long-Term Planning and Sustainability. He started his career at the Federal Railroad Administration in 1994. He serves as a member of the board of the Regional Plan Association; an advisor to the Eno Transportation Foundation; and a member of the strategic advisory council of New World Capital. He received his B.A., M.B.A., MPhil, and Ph.D. from Columbia University, as well as a Master’s degree from Queen’s University in Ontario.
Anita Guerra, M.F.A.—Panelist
Teacher, Sculpture and Advanced/I.B, St. Stephen’s
Visual Artist, Author
Cuban-born, Anita Guerra is a teacher of visual arts at St. Stephen’s School. Her artworks are currently on display in museums throughout Italy and in private collections in Europe, Latin America, and the United States. Since joining St. Stephen’s in 1989, she has been instrumental in directing students to pursue flourishing art careers as professional sculptors, photographers, product designers, and mixed media artists. Her milestone 2016 exhibit in Havana, “Mi Cuba, La Mia Italia,” inspired her illustrated memoir and 2020 show in Rome, “Tres Patrias.” At this event, she presented her numerous paintings, sculptures, and drawings, as well as produced and premiered a documentary film on her father, “Juan Ignacio Guerra, Architect.” She received her M.F.A. and B.F.A. in painting from Temple University, Tyler School of Art in Rome, Italy, and did further studies at La Sapienza in Rome, Italy, and at Academia de Bellas Artes de Santa Isabel de Hungría in Seville, Spain. 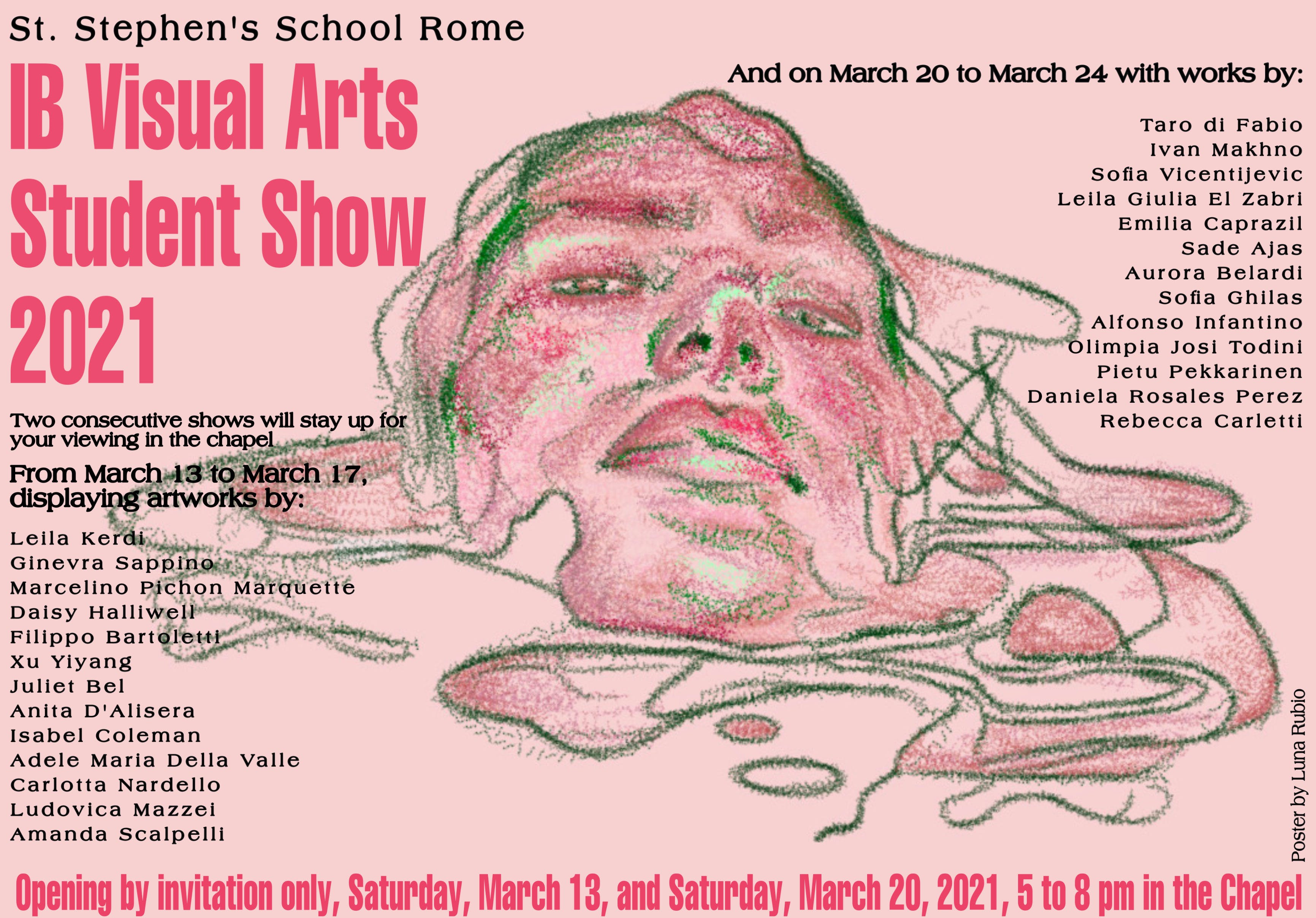 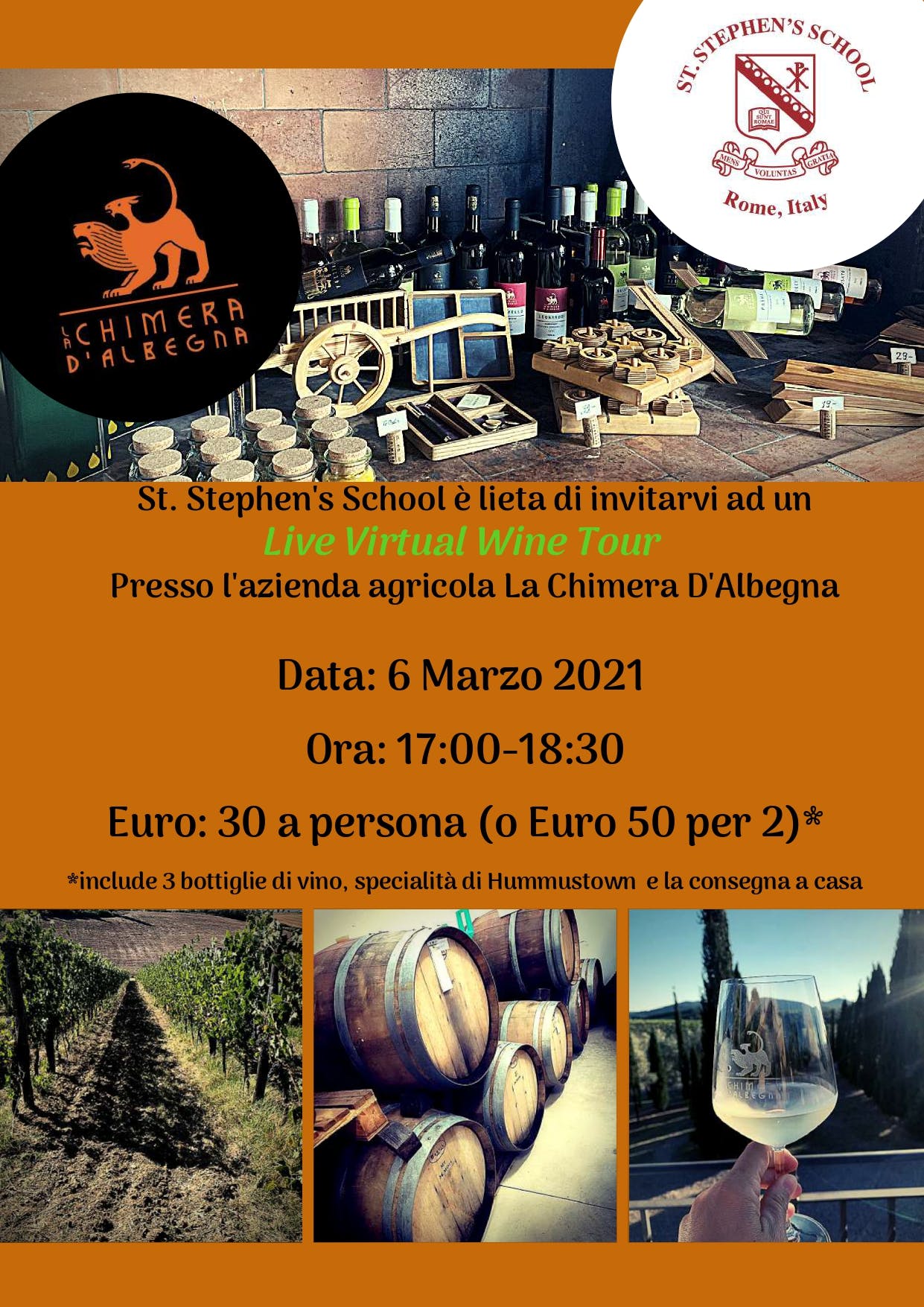 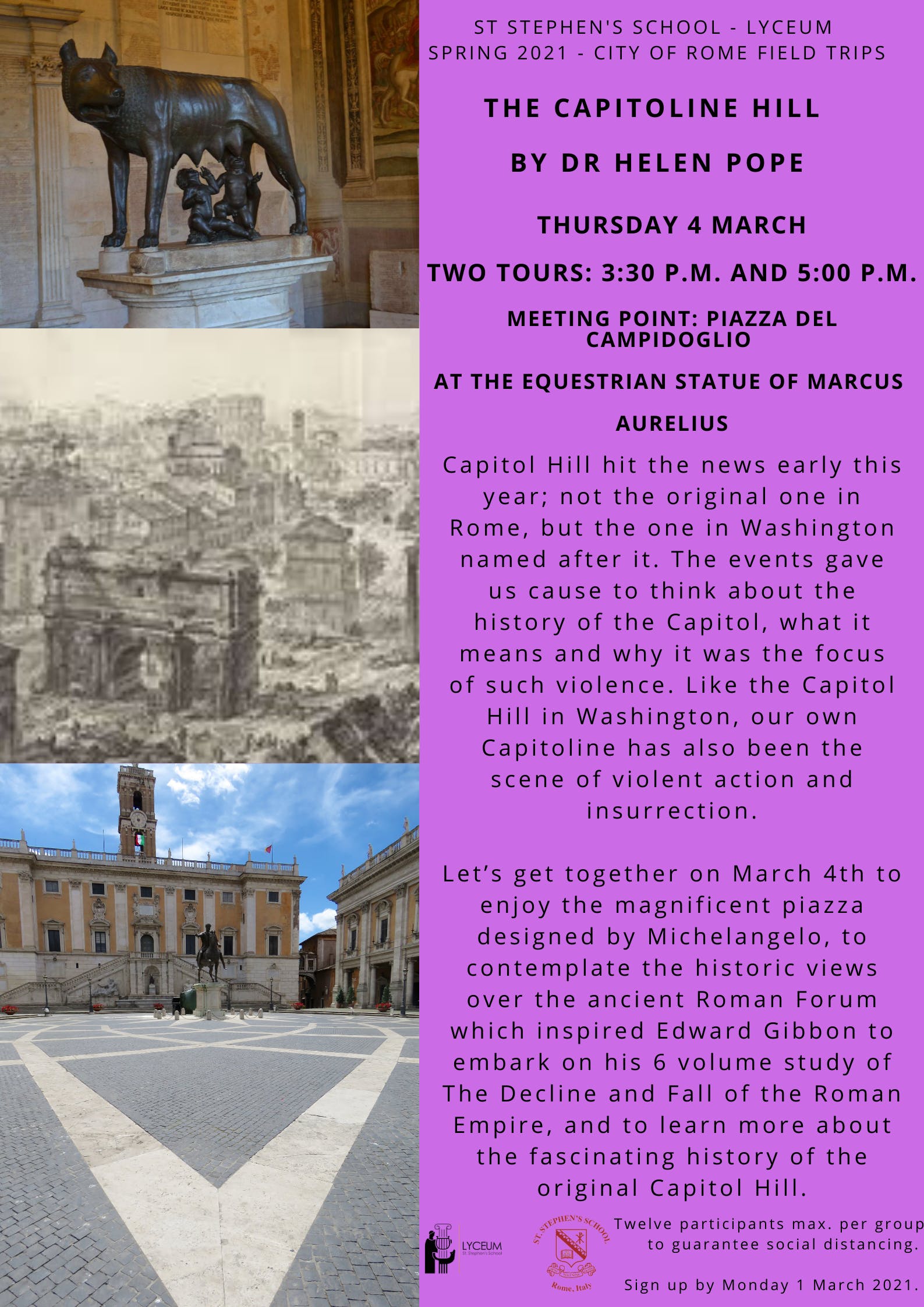 The Art and Science of Resilience 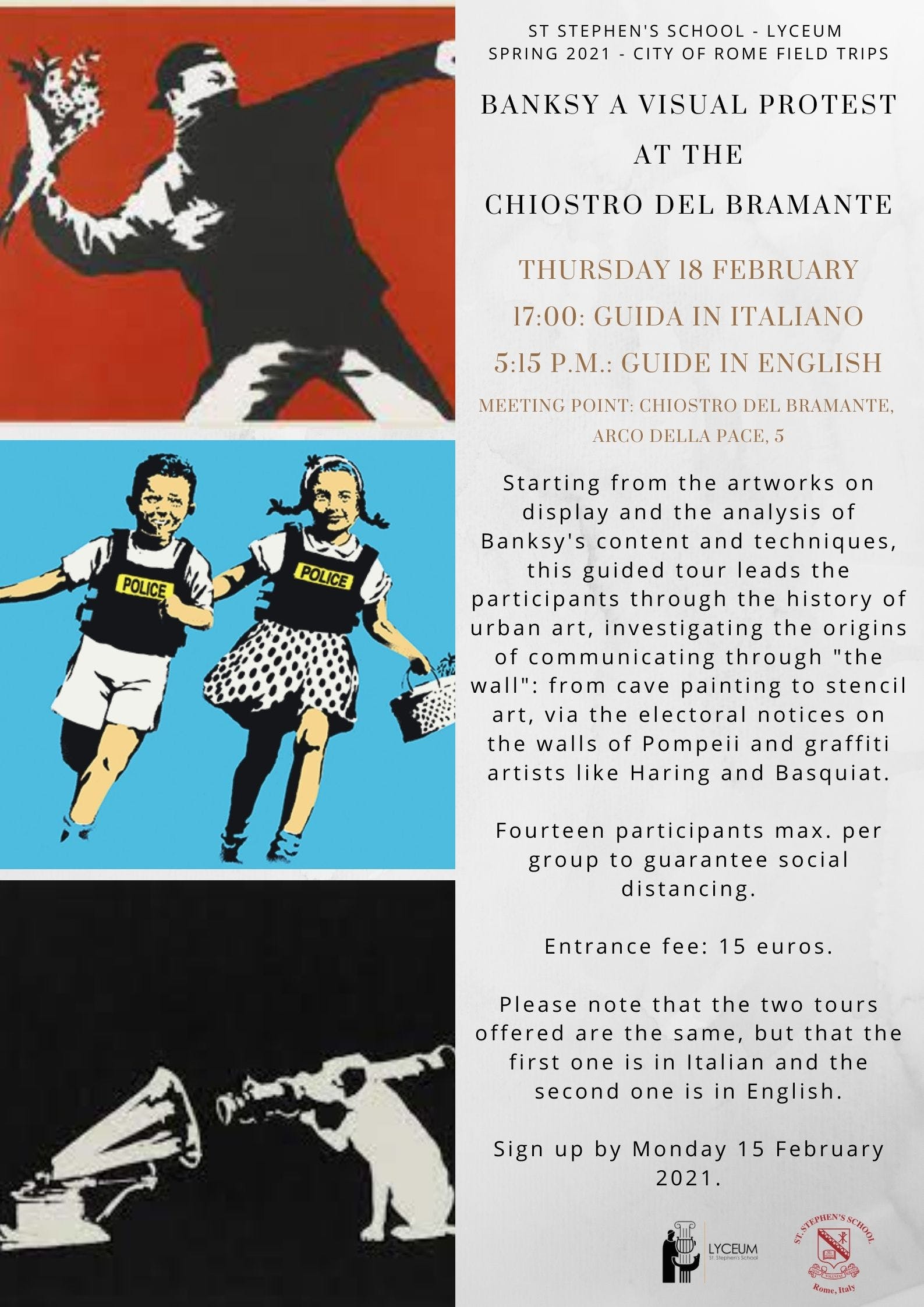 Banksy A Visual Protest at the Chiostro del Bramante 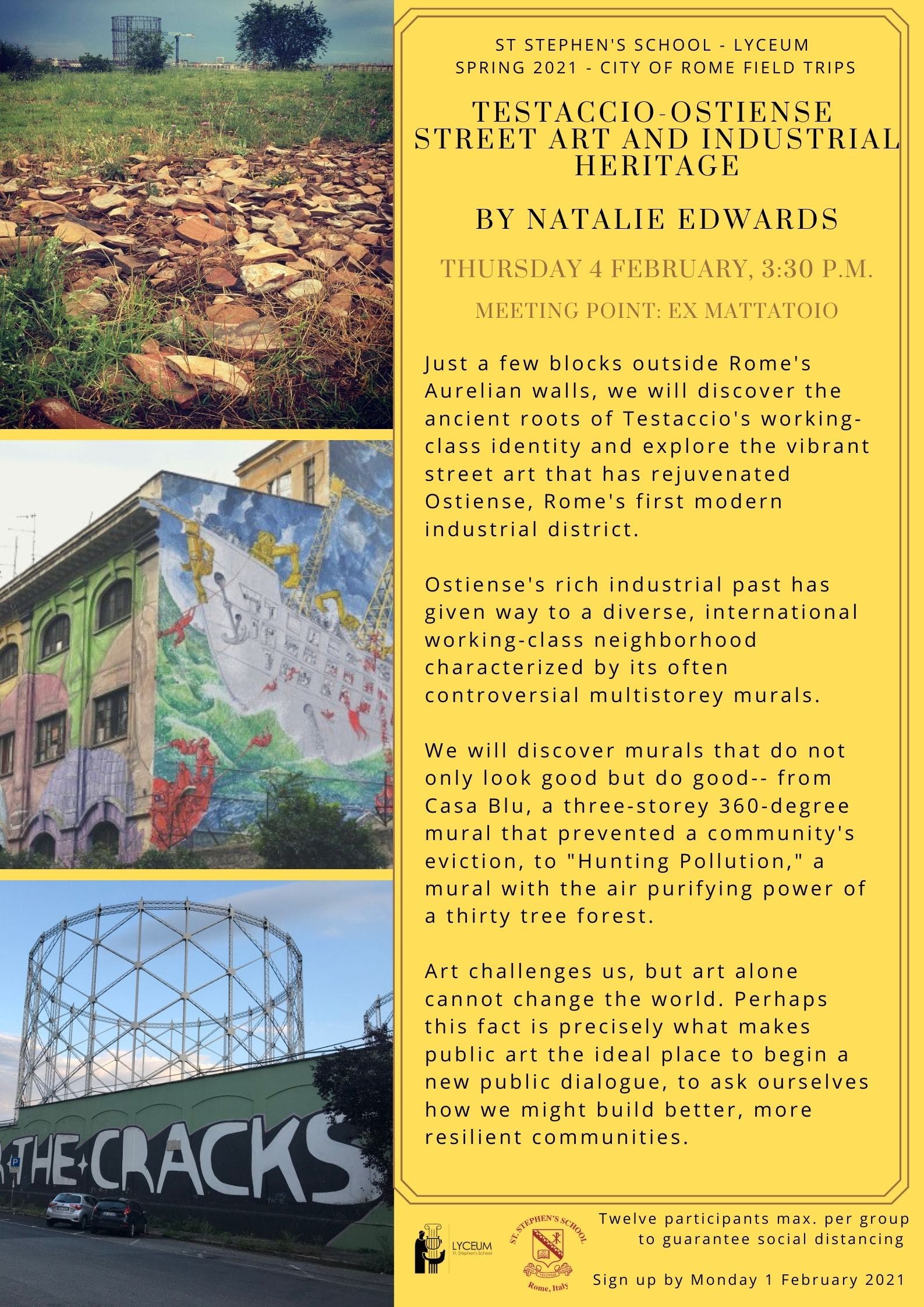 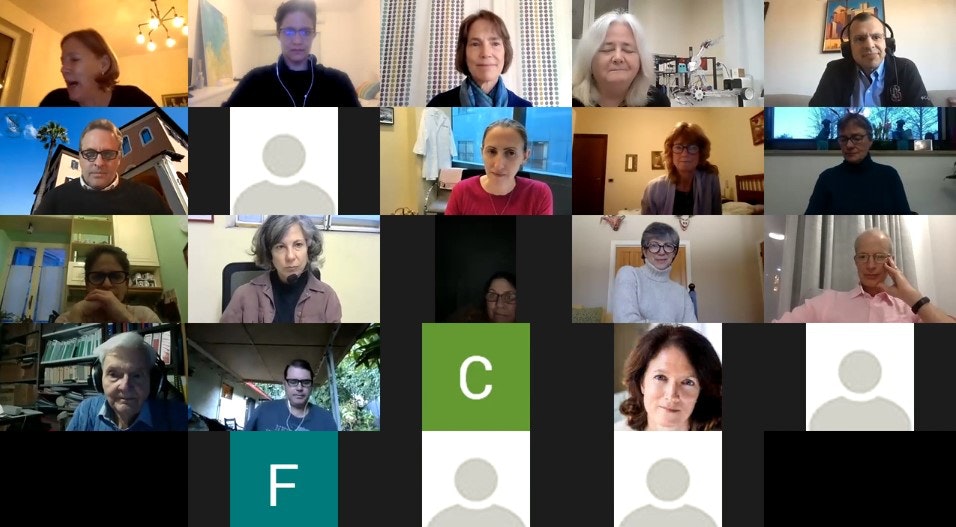