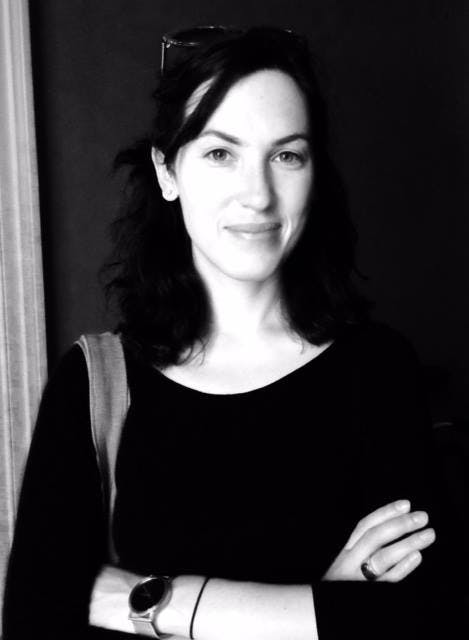 Can you describe your experience at St. Stephen’s? What are some of your fondest memories of that time?

I had a great time at St. Stephen’s; it was probably one of the most formative experiences of my life, and that set me on the path to do what I am doing today. [St. Stephen’s] played a key role in shaping my interest in the world and my curiosity both in terms of my studies but also my professional career. The key was the teachers who really inspired the students, like Mr. Ullman, who shaped multiple generations of St. Stephen’s students and made us interested in, for example, the Middle East, and that’s one of the things I focused on in my life and career. I think that [interest] stems from the Islamic studies [course] we had with him. We also went on a field trip to Istanbul, which was very memorable; others went on a trip to Syria, all things that were possible when I was a student but that are now hard to imagine. And of course, the students: it was great to grow up with such a diverse group of people. I feel incredibly privileged for getting to spend four years at St. Stephen’s.

After you graduated from St. Stephen’s in 2003, what came next?

I graduated, and I went to Oxford in September, I did a degree in history and politics, and then I stayed on for an MPhil, which is between a master’s and a Ph.D., in middle eastern studies. I focused on Iran at the time. Then I took a year off and spent much of that time in Iran.  I started working for The Wall Street Journal in Rome for a year in 2009 as the news assistant of the correspondent in Rome. Before then, I had limited experience in journalism; I was still trying to figure out what I wanted to do; I was exploring different career interests.

In October 2010, I moved to New Delhi with The Wall Street Journal. I was mainly in charge of our online blog in India; I was both writing and editing for the blog. I did that until early 2013. Then I became a correspondent in Afghanistan. I was in Kabul from the beginning of 2013 to the end of 2015, and that was probably one of the most defining experiences of my career so far because it was so intense but also rewarding. In Kabul, there is no separation between work and life. You literally live in the office. I worked with two colleagues from the international staff and two Afghan reporters. Our social life and our work life were one and the same thing. Life in Kabul became increasingly dangerous while I was there, but it was also incredibly inspiring to meet and report on people who wanted a better future for themselves and their country. I obviously covered the ongoing war, as well as early attempts to start the peace process and also the social repercussions of a conflict that has been going on for decades. I did a lot of work on women and gender inequality in Afghanistan, and on the very slow progress being made in the years since the US intervention. I wrote about Afghan widows and Afghanistan’s first female pilot, a very inspiring story that turned dark because she was receiving death threats from members of her extended family who were unhappy with her career choice. Afghanistan was and still is a place where foreign powers vie for influence and that extremists can exploit - and that’s partly what continues to make it so interesting and relevant globally.

In late 2015 I moved to the Middle East, where I mostly covered Saudi Arabia; I was based initially in Dubai and then in Beirut, but I also rented a room in Riyadh. At that time, Saudi Arabia was going through a period of profound change, both political and social. The rise of Crown Prince Mohammed bin Salman was key to that change. He pushed social reform - for instance by lifting the ban on women driving -  but also cracked down on real or perceived dissent. Many female activists who had campaigned for the right to drive were among those arrested. Just as he was allowing women to drive, he didn’t want the women who pushed for that right to speak about it. My time covering Saudi Arabia also coincided with the killing of the Saudi journalist Jamal Khashoggi [in 2018], who became a symbol of the Saudi government’s repression of dissent.

While I mostly covered Saudi Arabia, I occasionally reported from other countries in the Middle East. I had a few memorable trips to Iraq, including during the liberation of the city of Mosul from the Islamic State. I remember the busloads of women coming out of Mosul during the military offensive wearing the full ISIS abaya - with double face veils and black gloves - and discarding their black gowns as soon as they stepped off the bus. They accumulated in a big black pile outside the camp for displaced people. I was so touched I actually picked up a couple of veils and gloves to remind myself of what they went through and how liberating it must have been for them.

I moved back to Italy in late 2018,  a couple of months before my son was born. I wanted to have the baby here.

Has it been a straight path for you, or do you feel you have been tested along the way to achieving the goals you’ve set for yourself?

It’s a good question. I never knew what was going to happen. After I graduated from university, there was this great sense of uncertainty. I think almost everyone has that after university. Up to that point, everything is a straight path, but very little prepares you for what happens next. A lot of it is down to luck. But it’s also about raising your hand at the right moment and not being afraid to pursue what you think you would enjoy. I never assumed a career in journalism was something I could actually do. I tried to make the most of the opportunity. After I spent a year in Rome at The Wall Street Journal, essentially as an intern, I was lucky enough to find a job for the Journal in India. I’ve been blessed to have this career path, but in a sector like journalism, you never really know what’s going to happen next, and that’s part of what makes it great.

One big challenge has been that I work in some of the toughest countries in the world to be a woman, such as Saudi Arabia and Afghanistan. That means you have to work harder to be taken seriously. Although not as hard as local women, since Western women are sometimes treated as honorary men. And being a woman has the advantage of being able to access a world that is off-limits to men: the world of women.

You have written several articles for  The Wall Street Journal on how COVID-19 is changing the way we work, from Italian women dropping out of the workforce to the phenomenon of foreigners moving to Italy to work here remotely. Do you think COVID will have a lasting impact on the way we work?

I think the pandemic will have a long-lasting impact in ways we can’t predict.  But I think one of those impacts will be on the way we work.  For instance, I think there will be more flexibility in terms of where we work. There are benefits to being in an office, and I think people will go back, but there will be more flexibility in general; lots of jobs we thought had to be done in person are now being done remotely.

The pandemic is also an opportunity to press the reset button. It has made some flaws that were already there more obvious. One example is women dropping out of the workforce during the pandemic. Women in Italy are often on temporary contracts, meaning they don’t have the same kind of stability and protection that people on full-time contracts have. With schools intermittently closed, the burden of childcare has fallen much more on women than on men. There aren’t enough affordable nurseries in Italy to allow working moms to continue working.

I hope the pandemic will be an opportunity to fix some of these structural flaws. A big priority should be to make Italy an attractive place for young people not simply by creating jobs but also by making the country more dynamic. Young Italians shouldn’t be forced to leave their country to have a fulfilling career.

Any advice to graduates of St Stephen’s, those who will be graduating this year, facing this climate of uncertainty that you’ve been describing in Europe and Italy in general?

My advice is to do what you like to do, don’t assume that because a particular career path seems out of reach that you can't do it. If you enjoy something, you are likely to be good at it, too. Don’t be scared to raise your hand and to ask people for advice. For potential future journalists, curiosity and empathy are important. It also helps to be a little subversive - don’t be shy to question those in positions of authority. That’s something I’ve learned on the job, and that didn’t entirely come naturally: I was quite shy as a child.

Thank you so much for speaking with me today; this has been fascinating.

You can find Margherita Stancati’s work in The Wall Street Journal, and you can find her on Twitter @Margheritamvs